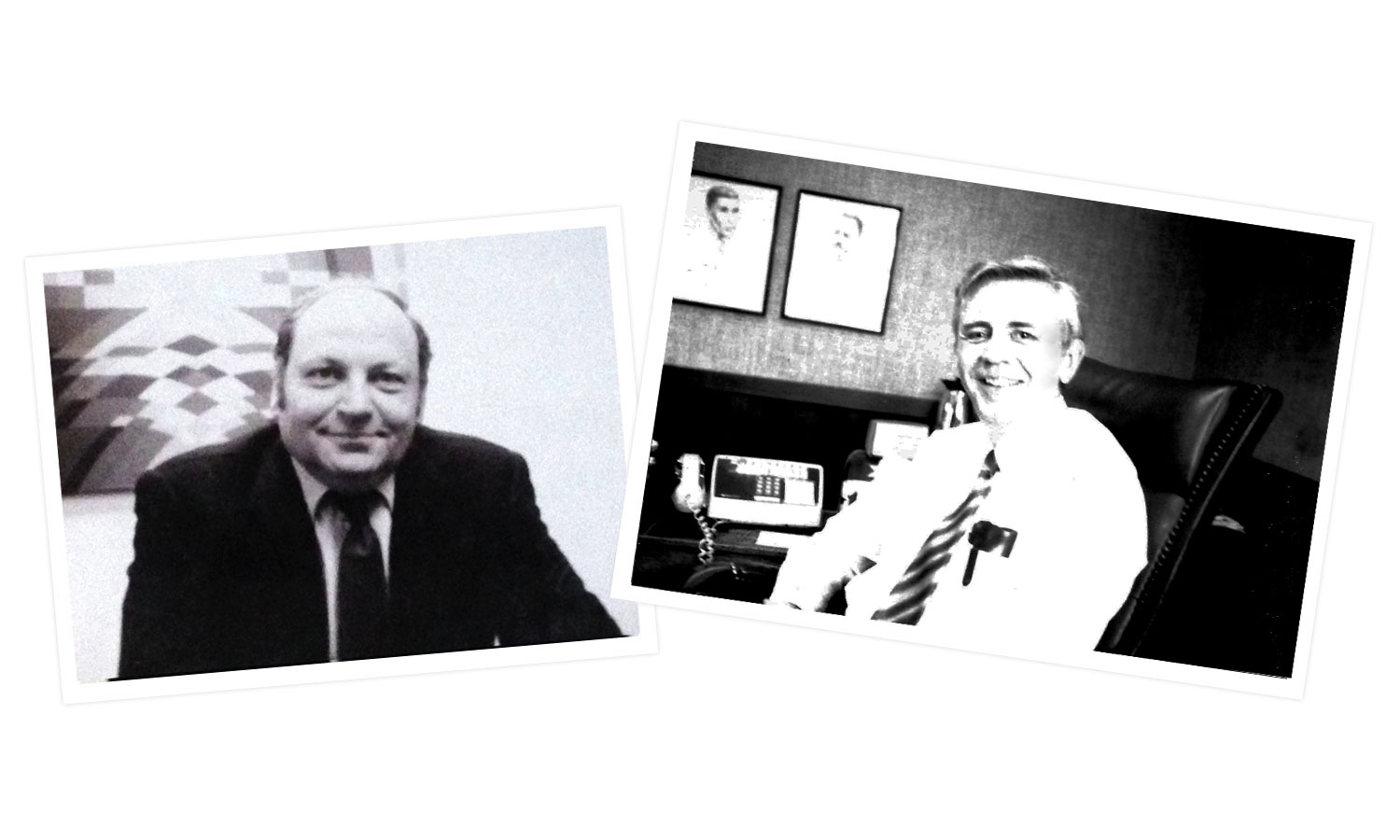 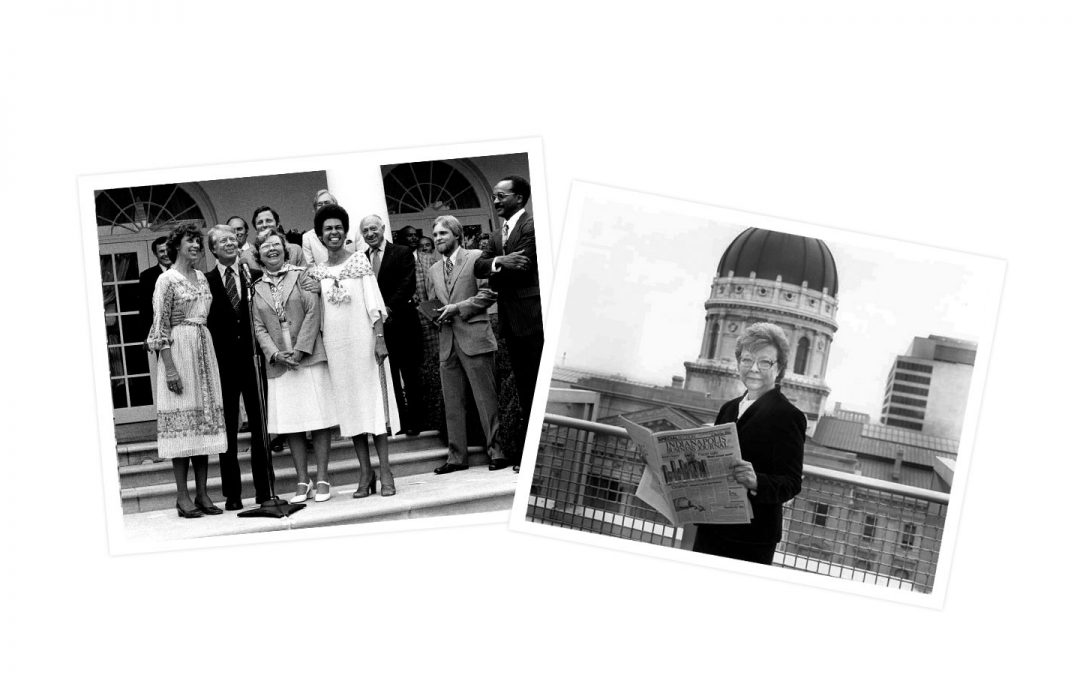 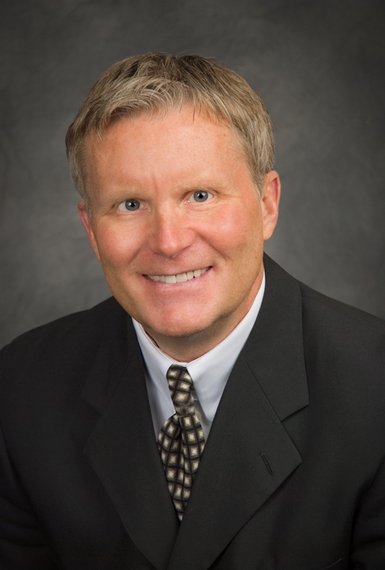 Jay has many years experience practicing in various areas of law relevant to the multi-family housing industry including fair housing and employment, leasing issues, condemnation, real estate tax appeals, real estate related contracts, transactions and litigation. He typically represents apartment owners and managers throughout Indiana providing counsel and advice related to the myriad of issues that arise in the multi-family housing industry. Jay represents clients in court and before county and state administrative boards in real estate tax matters. 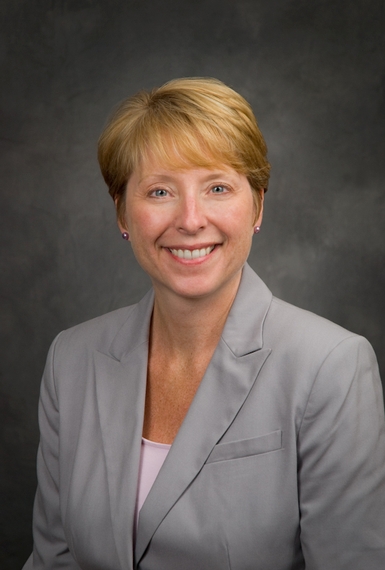 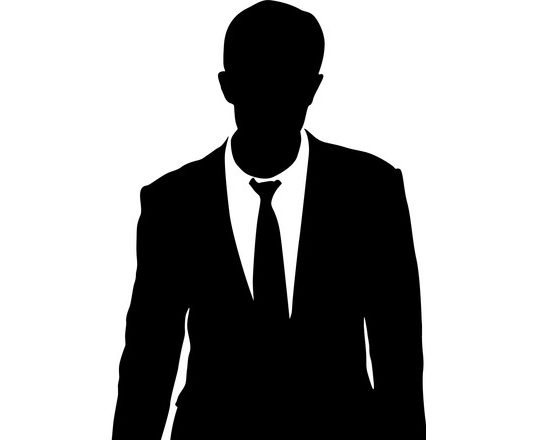 Don has been practicing law since 1994 almost exclusively in areas related to the multi-family housing industry. Don’s concentration has been in landlord-tenant law. He has represented property owners and management companies in such areas as evictions, collections and the defense of security deposit and other tenant claims.

Don received his B.A. from Marquette University and his J.D. from Indiana University, Indianapolis. 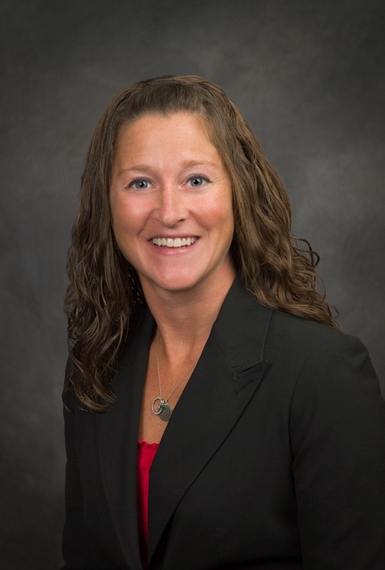 Jessica represents both borrowers and lenders in commercial real estate loan transactions, including the negotiation of complex loan documentation and the delivery of legal opinions. Jessica has substantial experience in conventional financings as well as FHA-insured financings and FHA-insured note modifications with all of the requirements and procedures of the U.S. Department of Housing and Urban Development (HUD). Jessica also assists real estate investors and developers in the acquisition, disposition and development of commercial, industrial, and multi-tenant projects.
Associated with her real estate transactional practice, Jessica also advises clients on the selection, formation and operation of business entities.

In addition to real estate transactions, Jessica assists property owners with compliance with zoning and land use laws, representing them before the local zoning boards. 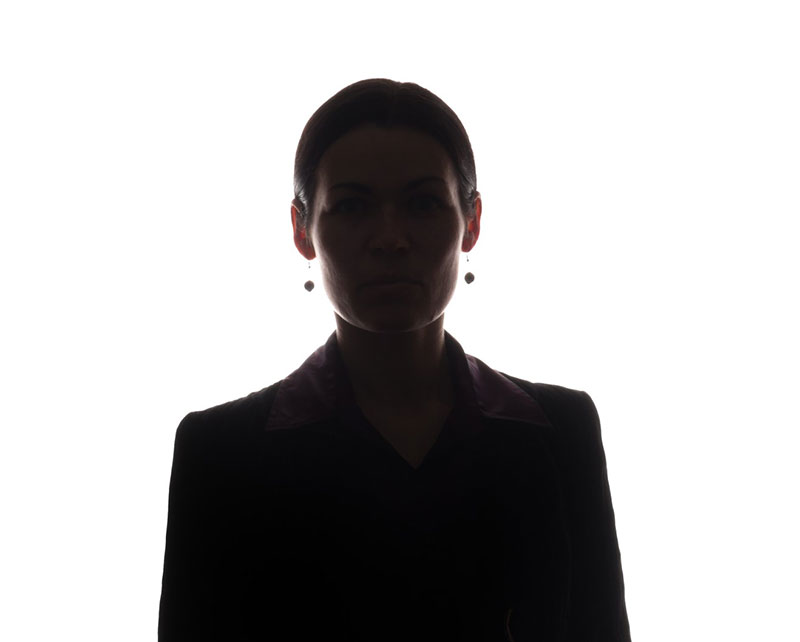 Rachel practices in the area of landlord and tenant law, evictions, and collections. Prior to joining Landman Beatty, Rachel worked briefly as a deputy prosecutor in Hendricks County. 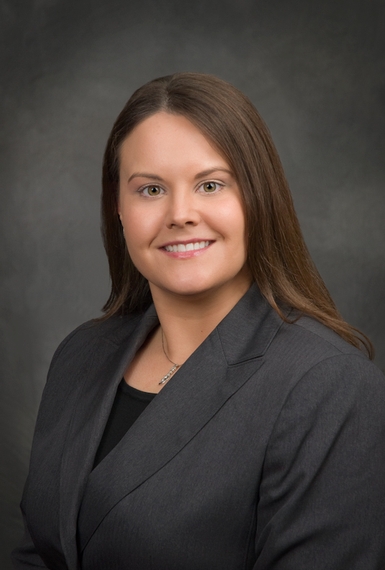 Kathryn practices in the areas of real estate tax appeals, exemptions, transaction and litigation. Kathryn works closely with commercial property owners and managers to ensure that all aspects of the real property matter are reviewed and comprehensively pursued should an appeal, exemption or other action be warranted. Prior to joining Landman Beatty, Kathryn worked as a Corporate Banker within National City Corporation’s (now PNC Financial) Commercial Real Estate Finance Group.

Amy practices in the area of landlord and tenant law, evictions and collections. Prior to joining Landman Beatty, Amy worked at an Indianapolis law firm, where she focused her practice on civil litigation.

Amy graduated from Indiana University’s Kelley School of Business in 2010 and received her law degree from Indiana University’s Robert H. McKinney School of Law in 2014. During law school, Amy served as Secretary on the Indianapolis Bar Association’s Law Student Division Executive Board, Treasurer and Fundraising Co-Chair for Women’s Caucus and was the 2013 Intraschool Competition Winner for the American Bar Association’s Client Counseling Competition. Upon completion of law school, Amy was awarded the Norman Lefstein Award of Excellence for contributing more than 200 hours of pro bono service. 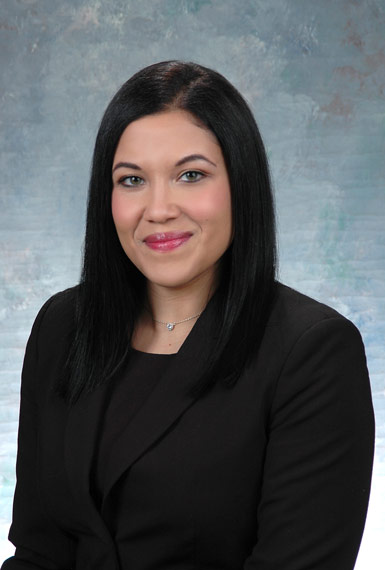 Sydney received her Juris Doctor from the Indiana University Robert H. McKinney School of Law in Indianapolis, IN, with a graduate certificate in Corporate and Commercial Law.  She graduated from Indiana University in Bloomington, IN with a B.S. degree.

During law school, Sydney served as Vice-President of the Student Bar Association and Secretary of the Black Law Students Association. As a Law Clerk and Legal Intern, she worked alongside practicing attorneys at the Indiana Court of Appeals, Meridian Title Company, First American Title Company, Old National Bank, and McNeely Stephenson. 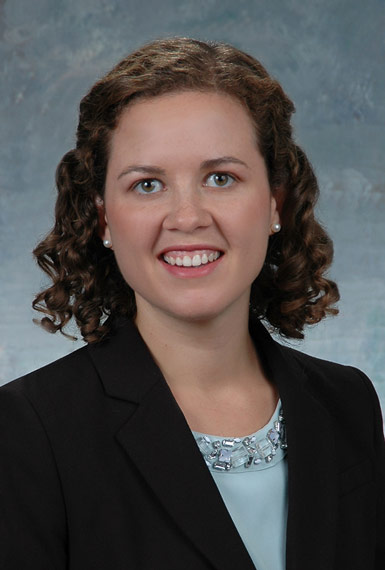 Michelle practices in the area of landlord and tenant law, evictions, collections and general civil litigation. Prior to joining Landman Beatty, Michelle worked at an Indianapolis law firm where she practiced family law and general business litigation.

Michelle sits on the Young Professionals Board and serves as a volunteer court-appointed Guardian Ad Litem (GAL) for Kids’ Voice of Indiana. She also an active member of her neighborhood association and a Keep Indianapolis Beautiful block captain. 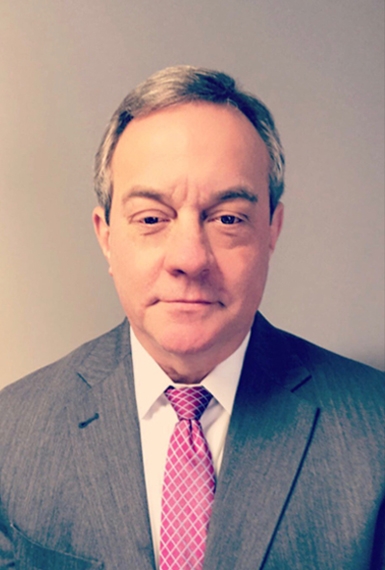 Before joining Landman Beatty in 2019, Bill owned and managed his own practice for 25 years.

Bill’s career has mainly focused on representing individuals and multifamily investment owners and managers in the areas of eviction and collection law, lease drafting and landlord-tenant litigation.

Don has over 30 years jury and bench trial experience as lead counsel in state and federal courts throughout the State of Indiana. He has been lead counsel and primary brief author in numerous appellate matters, and has co-authored amicus briefs in the Indiana Supreme Court. He represents plaintiffs and defendants in a variety of civil matters including commercial, corporate, multi-family and commercial real estate, employment, health care, professional liability, construction, insurance, and personal injury litigation. 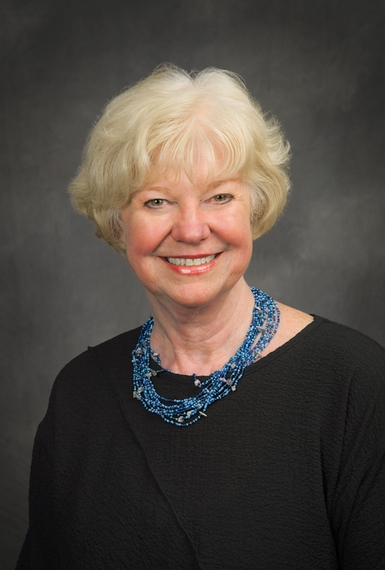 Nancy practices primarily in the areas of Civil Appeals and Bankruptcy. She served as law clerk for the Honorable Robert H. Staton, of the Indiana Court of Appeals for two years (1988-1990). Nancy currently concentrates her bankruptcy practice on the representation of landlords in consumer bankruptcy cases. 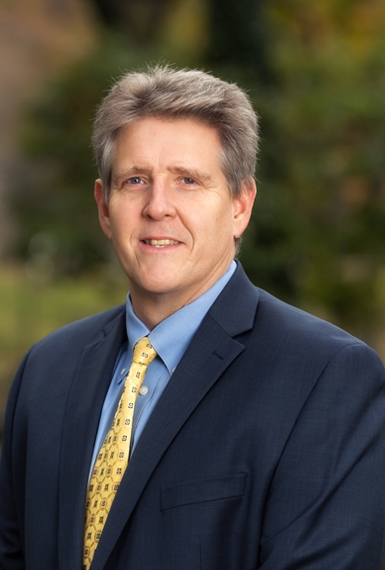 Jeff has spent his entire legal career representing and working for victims of wrongful death and injury accidents and incidents. He began as a law clerk for a personal injury firm while a student at the I.U. School of Law and quickly realized he wanted to spend his career helping people hurt and damaged by the negligence and fault of others. Rather than use a mass advertising campaign with billboards and commercials, Jeff has always chosen to have and maintain more personal relationships with his clients. With an office centrally located in Indianapolis, he has enjoyed many opportunities over the years to meet and represent injured persons in counties throughout Indiana.

Jeff grew up in southern Indiana, graduated from L&M High School and Indiana University where he played for the Hoosier basketball team and coach Bob Knight. He was a member of the 1987 NCAA National Championship and 1989 Big Ten Championship teams, and was awarded the Scholastic Athletic Achievement Award from the I.U. Varsity Club and the L.G. Balfour Award for bringing honor and distinction to Indiana University.

Jeff was admitted to the Indiana State Bar Association and the United States District Courts in the Northern and Southern Districts of Indiana in 1995, is a sustaining member of the Indiana Trial Lawyers Association where he has served on the Board of Directors since 2004, and has been selected by his peers as an Indiana Super Lawyer. 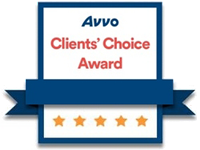 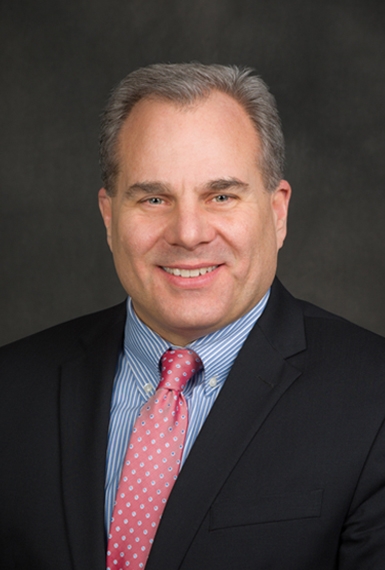 Carl has a wealth of experience representing individuals, businesses, and governmental entities in matters involving a wide variety of legal theories. Among his variety of cases handled, Carl represented the Indiana Bureau of Motor Vehicles in a statewide class action premised upon alleged statutory violations, achieving a great result for the BMV and for Indiana taxpayers. Carl also has represented clients in matters involving complex commercial contracts, real property law, torts, professional malpractice, utility law, and eminent domain, among other areas of law.

Carl is a leader, serving in 2017 and 2018 as Chair of the Business Litigation section of Defense Trial Counsel of Indiana. Carl also serves formally and informally as a mentor to younger attorneys. In recognition of that leadership, Carl received his former firm’s inaugural Excellence in Mentoring award. Carl also is committed to the advancement of the legal profession. He is a Fellow of the Indiana Bar Foundation, and he serves on the Executive Committee of the Foundation’s Board of Directors. Carl is an active volunteer in the We the People program and other civic education initiatives. Carl also is a regular volunteer in programs such as Ask-A-Lawyer, and he serves as a volunteer Guardian Ad Litem through Child Advocates. Outside the practice of law, Carl is an active musician and an avid tennis player.

Carl graduated with honors from Ball State University in 1989 with a degree in Political Science and Secondary Education. In 1998, he earned a Master’s degree in English from Butler University. Carl graduated Summa Cum Laude and 4th in his class from the Indiana University Robert H. McKinney School of Law in 2002. While attending law school, Carl was honored as a Dean’s Merit Scholar, a G. Kent Frandsen Scholar, and was a member of both the Indiana Law Review and the Order of Barristers. Carl also received the Lowell H. Jacobson scholarship awarded annually to one student within the 7th Judicial Circuit. 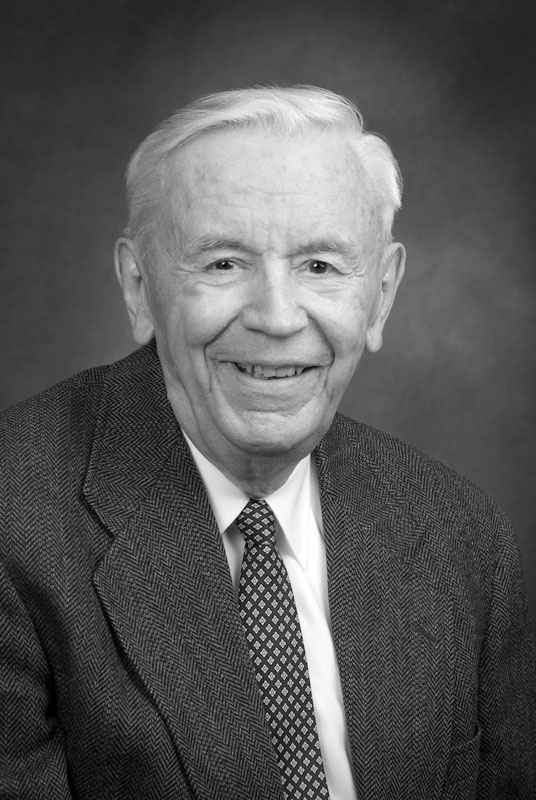 Jim was a founding partner of Landman & Beatty. With more than 40 years experience, Jim practiced primarily in the areas of Property Tax Appeals, Zoning, and Real Estate Development. Jim represented commercial property owners and managers in Property Tax Appeals around the State of Indiana, including hearings before township officials, county boards, the Indiana Board of Tax Review, and the Indiana Tax Court. He represented national, regional and local apartment owners, developers and management companies, as well as owners and managers of office buildings, shopping centers, professional buildings, industrial facilities, and other commercial property. He also handled related transactional work, as well as represented clients before local zoning agencies.

In 1977, Jim and Bernard “Bernie” Landman formed the law firm of Landman & Beatty. 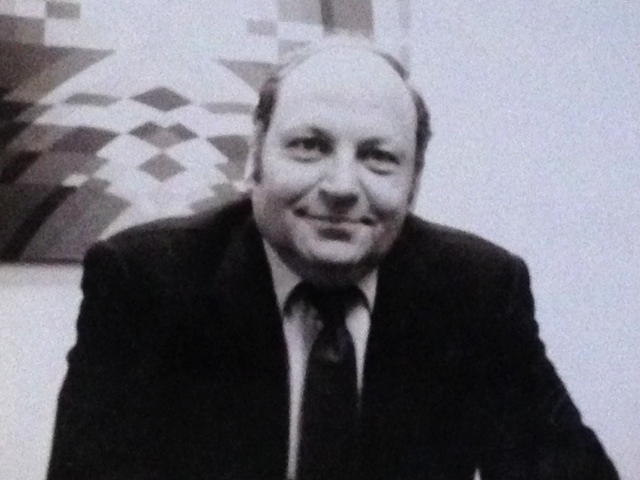 Bernard (“Bernie”) Landman was one of the founding partners of Landman Beatty. Bernie was a graduate of Indiana University – Bloomington and Stanford Law School. Bernie served in the U.S. Army as a First Lieutenant. As a lawyer at Landman Beatty, Bernie practiced in all areas of real estate with a concentration in development. He was instrumental in the growth and success of one of the nation’s largest multi-family development and management companies, Gene B. Glick Company, Inc. 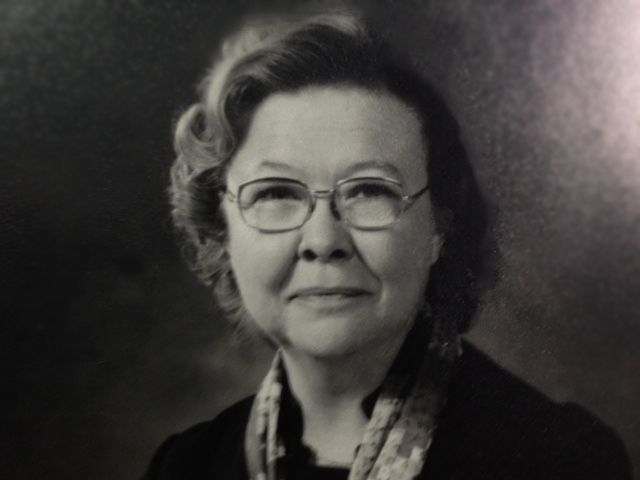 Virginia was a pioneer for women in the law. A native of Plainfield, she received her B.A. degree from Indiana University, and was elected to Phi Beta Kappa. She graduated first in her class from Indiana University School of Law – Indianapolis, cum laude, where she was elected to serve as Indianapolis Editor of the Indiana Law Journal. In 1979, President Jimmy Carter appointed Virginia the first woman in the United States to serve a full four year term as U.S. Attorney. She served until 1981. She served as an Indiana Deputy Attorney General (1965-1969), a member of the Indiana Board of Law Examiners (1971-1976), and was Chairman of the Board of the Indiana Department of Correction (1989-2006). Virginia was a practicing attorney with Landman Beatty up until her death in 2006.